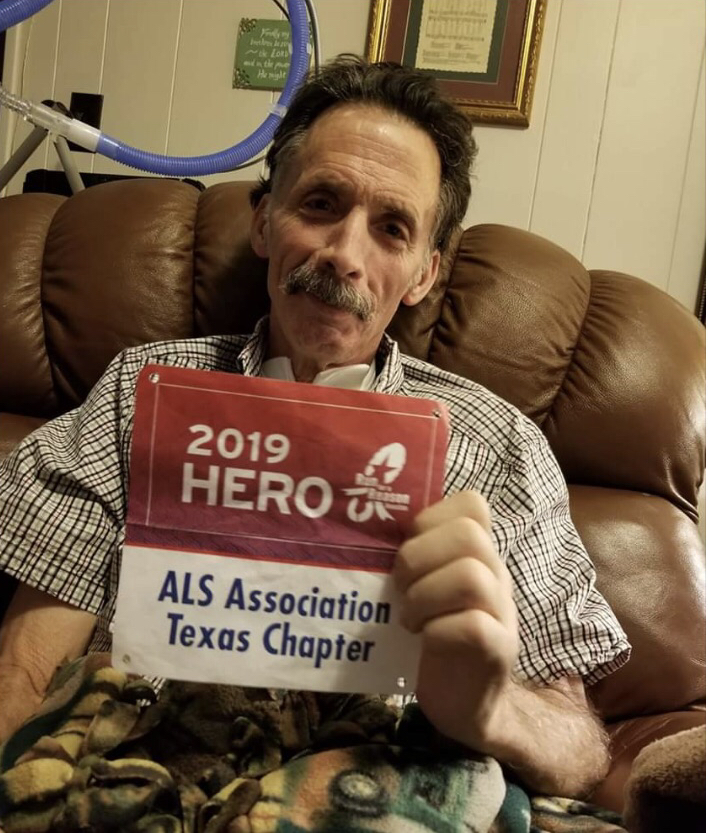 May is ALS awareness month, and I’d like to write about how ALS has affected one of my best friends and her family.

I met my friend at my first job out of college. We’ve been friends for four years, and she has been one of the best friends I’ve ever had (I’ve written about her a lot in this blog).

Almost two years ago, her dad was diagnosed with ALS. That diagnosis is always devastating. There is no cure for ALS, and the life expectancy is very short once it is diagnosed. Her parents live seven hours away, and that has been hard on my friend as well.

I cannot even imagine one of my parents having a terminal illness. I’m pretty sure I’d just implode on myself and become a reclusive shell of my former self.

My friend is made of stronger metal. She has struggled mightily with her dad’s illness, but she hasn’t taken the diagnosis lying down.

She’s done her best to fight back however she can. She’s hosted countless Facebook fundraisers and has been involved in ALS walks. She is a proactive advocate for people with Lou Gehrig’s.

Because of her, I felt led to participate in a half-marathon whereby my entrance fee was waved if I raised a certain amount of money for the ALS Association. My friend and her family helped me reach my goal (along with many of my own friends), and running that half-marathon was one of the most rewarding things I’ve ever done.

Because I met my fundraising goal, I was given a special bib that got me access to real restrooms versus porter-potties (Whoop! Whoop!). The bib said “2019 Hero—ALS Association Texas Chapter.” I took a picture of it the night before and sent it to my friend’s parents.

As I was waiting for the race to start (bib affixed to my shorts), I started thinking about my friend and what she’s going through, and I started to get teary. I decided on my run that I would send the bib to her dad.

So that’s what I did. Her dad loved it. Her mom took a picture of him holding it, and it gives me joy every time I see it.

A couple months after running, my friend’s parents came into town. My friend invited me over to her house so I could meet them for the first time. I cannot describe how much that meant to me. Meeting her parents was such a blessing.

I was nervous about meeting them because meeting new people always makes me anxious, and I felt like there was a lot of pressure for some reason. I didn’t want to say or do the wrong thing in light of his condition. I need not have worried. Her parents were exceedingly gracious and lovable.

Her dad has a breathing tube, and he can no longer speak. I am not familiar with most aspects of ALS, but I imagine he experiences chronic pain. You wouldn’t know it from observing him, though. He smiles more than most people I know, and he has quite the sense of humor. He is expressive, and his hand gestures are emphatic.

When I first got to her house, her mom gave me a hug, and I waved to her dad. We ate pizza and watched a movie. Her dad is quite the entertainer. He made me laugh several times even though he cannot speak. I felt like I’ve known her parents for a long time.

After the movie, I started to head out. I gave her mom another hug, and I turned to leave, but my friend told me her dad wanted a hug.

I walked over to him, and he held one of his hands out. I took it and gave him a hug. I pulled away, and with my hand still holding his, I looked him right in the eye and said, “Thank you.”

Eye-contact is a real struggle for me, but I found the strength to look into his eyes. I’m not sure why I said what I did, but it felt right.

I think I was thanking him for being an inspiration; for being so full of love and joy; for being such a great dad to my friend; for fighting and living despite the illness; for his sense of humor and making me laugh.

I have never enjoyed meeting complete strangers so much. They made me feel like family, and I was grateful for their acceptance.

I am heartbroken along with her and her family, but I know they are a blessing to everyone who knows them.

They are fighters and they are strong, and they emulate God’s love and grace as they travel through the quagmires of ALS.